The old king lies dead in a gambling hall, just two gems left in the coffers. Bandits wait on the borders, ready to strike. The farms and mines have fallen silent. You must rebuild the kingdom before the borders fall! All you have left to lose is a pair of dice.

Save the failing kingdom you've inherited in this print-and-play roll and write game.

Made during the 2020 worldwide Covid-19 quarantine. Print out a few copies and play with the people you're isolating with, or hop on a chat and play a remote game with friends.

Print out the PDF or import into an image editor and write on top of it.

The rules of the game and almost everything you need are all on a single page. You'll just need to provide a pen and two six-sided dice.

It's great for online play too — appoint someone to roll and announce dice results or use an online dice roller.

Great little game! The choices are simple but deceptively agonizing at times. Thanks so much for making this.

I'm a bit confused about how Border Tracks work. The rules use the term "A Single Border Track" and "The Border Track" in a few places so I'm not sure what counts.  For example, it says that the game ends when all the attacks fill up on "A Single Border Track".  Does that mean when there have been five attacks in the "North" or when there have been 20 attacks? Or there's the rule about losing a die if there are three undefended attacks.  Does that mean three daggers marked anywhere on your sheet?  Or three in the same segment (i.e. three in the North).  Also, does it mean that there was no defense when the attack initially happened or does it mean if you end up piling up 3 with empty defenses (in other words.  Can you build borders under filled in daggers to "cancel" them and you just have to try not to let 3 build up?)  I also have a question about how Adventurers work.  Do you have to write a number before you can do the optional uses?  In other words, if I have an adventurer on a track and I've done 5,6,7,8 and then I roll a total of 4, could I use the adventurer action to call that guy home, or can I only do that if I roll a 9 because I have to write in the number and then do the optional bit?  Also, it seems like once you lose a die you no longer have a reason to bother building that mine, so it seems unlikely that the mine building game end would trigger unless someone was just really good at building walls.  Another question, are you allowed to have more than one adventurer out at a time?  Lastly, I see that there is a tech points tracker thing.  Is that just a tracker of how many techs you've built such that you mark it every time you do a tech in order to keep track of points?  Or is it like a separate group of techs that is just for farming points?

Dude, thanks for swiftly answering all of my questions and for making this and Mausritter.  Keep up the solid work.  Just one more quick question.  If you take the optional rule to spend food to push further down the adventure track, can you do that multiple times or just once?  Also, if I'm understanding your clarification on the borders then there's no reason to build more than three defenses in a given border because there are only 5 daggers and so if you build 3 defenses then that border is now safe.

Sick.  I played this game solo today more time than I care to admit.  Nice work.  Also, unrelated to this, I built a one shot adventure for Mausritter and I just got done running it for Virtual Kobold Con and the players all really liked it.  I would love to put some finishing touches on it and provide it to you to use as an intro adventure.

That’s great — would love to take a look! Send me an email: isaac [at] isaacwilliams.net

A really good little game!
I've already played it several times with my wife since I downloaded it two days ago.
I just have two questions:
About adventure path, when we reach the end of the road, does we win all the items marked? Do we have to call back adventurers ?
And about technologies, can we invest in one at the first action and get the benefits at the second?

That's a little point of contention between me and her.

Thank you again for giving us some fun during covid-19 confinement.

I’m glad you and your wife enjoyed the game!

To answer your questions: 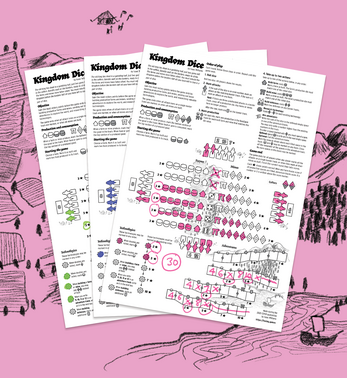 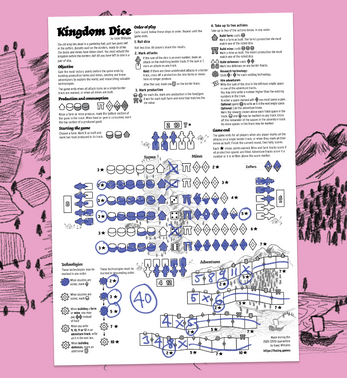